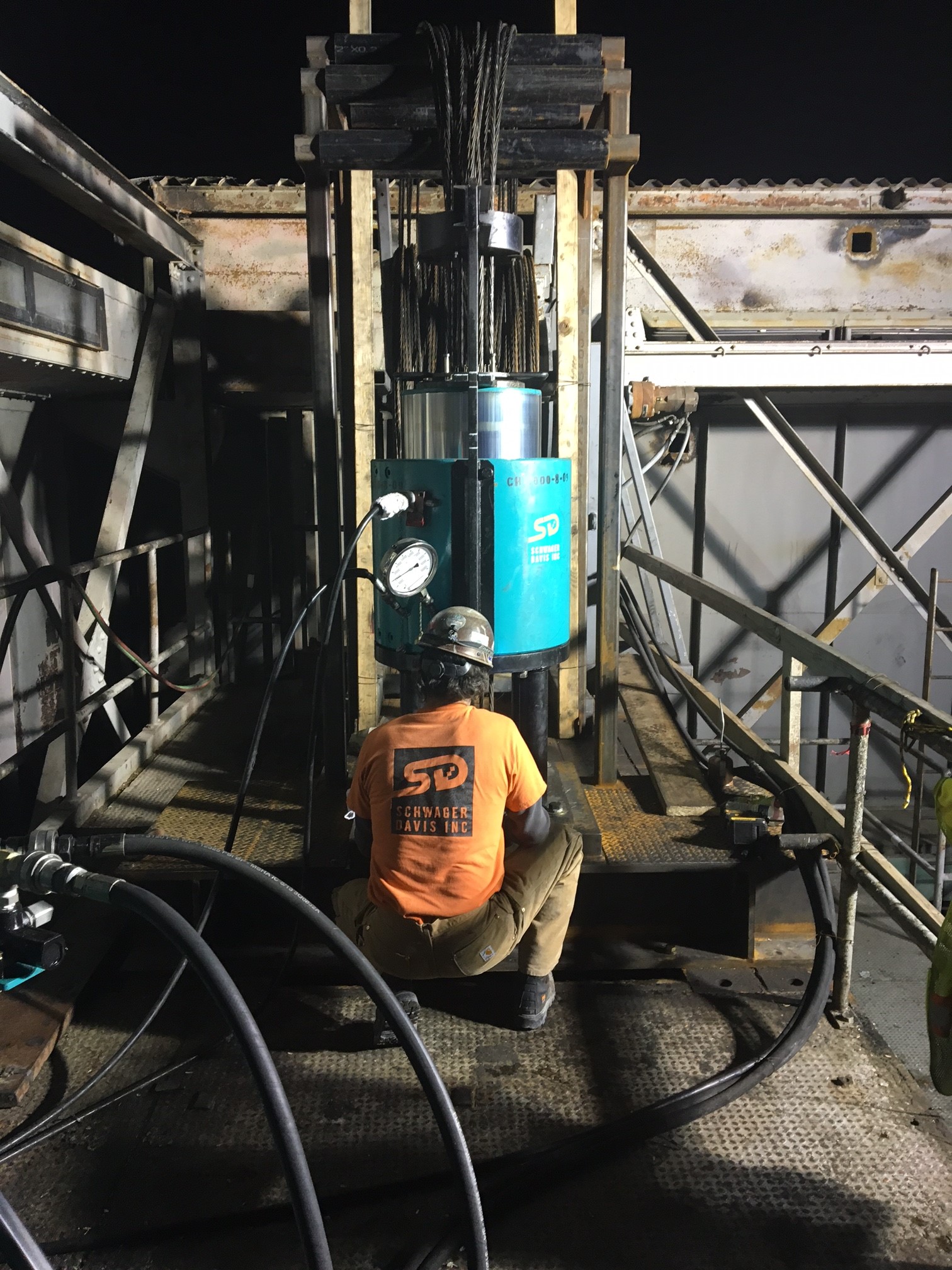 Commodore Schuyler F. Heim Bridge was one of three bridges connecting Terminal Island to the mainland in Long Beach, California. This vertical lift bridge in the Port of Los Angeles connected State Route 47 (Terminal Island Freeway) to Cerritos Channel. The towers stood 186 ft above the roadway deck (and up to 236 ft above the channel, depending on tide height). In order to meet California’s safety and earthquake standards, Schuyler Heim was replaced by a 6-lane fixed span bridge in 2017. Decommissioning of the existing bridge began in 2015, and SDI helped overcome a significant obstacle; the two counterweights that previously balanced the lift deck had to be lowered down to the roadway. Each of these counterweights weighed 850,000 lbs. and had to be lowered 150 ft; no small task.  The decaying bride became more widely recognized after being featured in the climax scene of the movie Inception (2010).